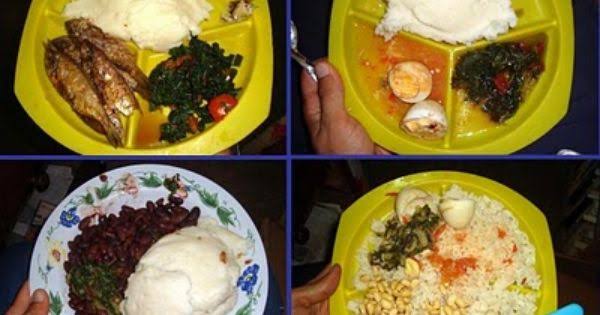 The cuisine of Malawi has not been influenced by many other cultures, and as a result, it has remained very traditional. There are many farmers in Malawi and the population grows much of the food. The country is known for its tuck shops, small shops found in rural areas that sell a variety of snack foods. These foods include meat pies, sausage rolls, bunny chow rolls that have been deep fried and stuffed with a mix of curry meat and potato mix. Lake Malawi is not only a popular tourist destination, it is also a source of great fresh fish that is the country’s specialty.

Malawian cuisine includes the foods and culinary practices of Malawi. Tea and fish are popular features of Malawian cuisine. Sugar, coffee, corn, potatoes, sorghum, cattle and goats are also important components of the cuisine and economy. Lake Malawi is a source of fish including chambo (similar to bream) usipa (similar to sardine), mpasa (similar to salmon) and kampango. Nsima is a staple food made from ground corn and served with side dishes of meat, beans and vegetable. It can be eaten for lunch and dinner. Other Malawi cuisines includes the following.

Thobwa, a fermented drink made from white maize and millet or sorghum.
Kondowole, made from cassava flour and water. It is primarily from northern Malawi and is a very sticky meal resembling Malawian nsima, Tanzanian ugali, or Ugandan posho. It is mostly cooked on the floor because of its texture as it is normally tough to run a cooking stick through hence much strength is needed. Kondowole is normally eaten with fish. 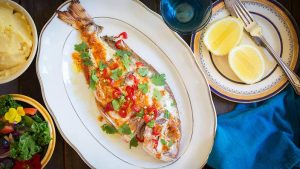 Chambo, a fish from Lake Malawi, Chambo is Tilapia fish and is considered a delicacy. Other favourite fish include usipa, which is similar to sardines, and mpasa, which is similar to salmon.
Nsima, this is a staple of Malawi food. It is made from ground corn and served with side dishes of meat or vegetables. People in Malawi can eat this for breakfast, lunch and dinner.
Nthochi, this is bread made with bananas.
Kondowde, this dish is made from cassava flour and water and is eaten with fish. Cometosouthernafrica update.