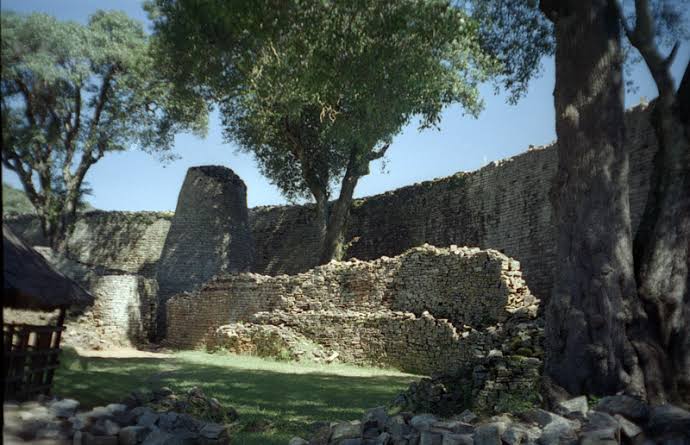 Great Zimbabwe is a ruined city in the south-eastern hills of Zimbabwe close to the Lake Mutirikwe and the town of Masvingo. It was the capital of the Kingdom of Zimbabwe in the time of the country’s Late Iron Age. Construction on the city began in the 11th century and it continued until it was abandoned in the 15th century. The building were erected by the ancestral Shona. The stone city covers an area of 7.22 square kilometres (2.79 square miles) which, at its peak, could have housed up to 18,000 people. It is known as a World Heritage site by UNESCO.

Great Zimbabwe served as a royal palace for Zimbabwean monarch and it would have been used as the seat of political power. Among the building’s most prominent features were its walls, some of which were over five metres high and were constructed without mortar (dry stone). Eventually, the city was abandoned and also fell into ruin.

The earliest known written mention of the Great Zimbabwe ruins was in 1531 by Vicente Pegado, the captain of the Portuguese garrison of Sofala, on the coast of modern-day Mozambique, who recorded it as Symbaoe. The first confirmed visits by the Europeans were in the late 19th century, with investigations of the site starting in 1871. Later, studies of the monument were controversial in the archaeological world, with political pressure being put upon archaeologists by the government of Rhodesia to refuse its construction by native African people. Great Zimbabwe has since been adopted by the Zimbabwean government as a national monument, and the modern independent state was named after it. The word “Great” differentiate the site from the many hundreds of small ruins, now known as “zimbabwes”, spread across the Zimbabwe Highveld. There are 200 such sites in southern Africa, including Bumbusi in Zimbabwe and Manyikeni in Mozambique, with monumental, mortarless walls; but Great Zimbabwe is the largest aof these.

The ruins of Great Zimbabwe are remains of what was formerly a great trading civilization, which sprang up in the interior of southern Africa. Whilst the civilization had some contact with outside groups, modern historians have concurred that Great Zimbabwe was built and managed by Africans living in the interior. It was a center of gold and ivory job. Towards the latter part of the history of Great Zimbabwe, evidence indicates that the people living there were trading with regions as far as China, Persia, and Syria.

People living at Great Zimbabwe practiced agriculture and cattle herding, although historians believe that this became a problem after awhile. Too many people living and farming one small area resulted to environmental degradation. After some time, the land was no longer able to sustain such a large number of people. 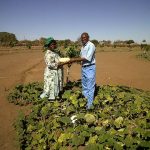 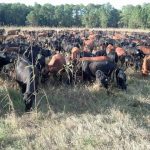