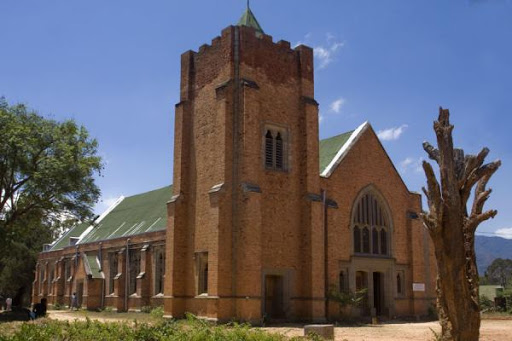 A particularly interesting place to visit is the Livingstonia Mission. which is sited high above Lake Malawi at 3000ft (900m) and in the shadow of the Nyika Plateau, there are views of incredible beauty across the lake to Tanzania. But Livingstonia is also a fascinating and pretty town with a remarkable history.

Livingstonia is an outstanding example of the work of the Scottish missionaries in Malawi, following in the tradition established in the 1870s. The site of the mission is a case of third time lucky. The original Livingstonia site chosen by Dr Robert Laws, a disciple of David Livingstone, was on the lakeshore at Cape Maclear. However, the mosquito and malaria drove Laws to move northwards up Lake Malawi to Bandawe, near Chintheche. Again, this proved an unhealthy place and so he moved again, in 1894, to this place of incredible beauty on a plateau high above Lake Malawi. Its original name was Khondowe but was renamed Livingstonia in honour of Law’s mentor.

The new home for the mission was decidedly healthier and it provided opportunities for farming and a ready supply of timber. Laws designed the road link to the Lake to include 20 hairpin bends, a quite astonishing piece of engineering for one trained in medicine. The mission established a school, a technical training centre, hospital, church and university. Livinstonia has made an immeasurable contribution to education in Malawi and was one of the first places in the country to have electricity, as early as 1905. 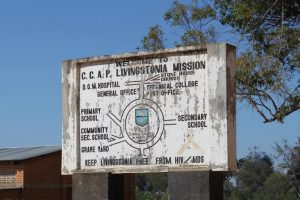 Much of what Laws achieved at Livingstonia still survives today, including many of its distinctive red-brick buildings. The church has a beautiful stained glass window over the main entrance, which shows David Livingstone at Lake Malawi meeting the Chiefs. The Old Stone House was once the home of Dr Laws and now houses a small museum with some fascinating exhibits including glass photographic slides, old photographic prints, wall displays, furniture and equipment dating from the earliest times of the establishment of the mission.

The sprawling, sleepy town is fascinating to walk around but the great beauty of Livingstonia is not only the buildings and their crumbling fabric but the site itself. Just in front of the Old Stone House is the very edge of the Great Rift Valley. The views across Lake Malawi into Tanzania rival those from the Zomba Plateau in south Malawi. To see the sun rise across the lake is a sight never to be forgotten, and comes with an unavoidable feeling of being on top-of-the-world. Unsurprisingly for a highland area in Malawi, as well as the views out from the plateau, there is some beautiful natural scenery to be discovered, including the Manchewe falls. Some 4km from the town these magnificent falls have a single 125m sheer drop.

There is no upmarket accommodation at Livingstonia but a couple of charming budget lodges established on sustainable and eco-friendly principals. The Mushroom Farm has a fast-growing reputation as a beacon of responsible tourism shining from its lofty setting.