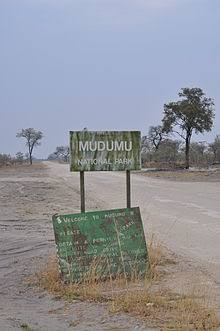 Situated in the Northern part of Namibia in the Caprivi area, the Mudumu National Park is bordered by the River Kwando and covers about 100 square kilometers in the Caprivi. The park has numerous wild life that habitate within it and the beautiful scenery that is found around the park is a good place for tourists to start their adventure while in Namibia. The Mudumu National Park was declared a National Park in the year 1990 after the poaching that was being done in the area had reduced and the government preserved the area in order to keep the animals safe.

The park was divided into sections which are known as concessions and these Park concessions are the ones that will determine the type of activities that you are to carry out while in the National Park. Mudumu national Park has faced a lot of poaching in the previous years by the locals which led to the reduction of the animal species in the Park but after the government sanctioned poaching, the Park has come back to its former glory and is famously known for the large number of elephants that live within the Park.

The best time for game viewing and nature walks is from the months from June to October and this is because this is the time when the numerous animals that habitate within the park can easily be seen moving around the Park in search of water and food since these months are when the National Park experiences the dry season. The best time for one to go for birding in the Mudumu National park is from November to April when the rains come in and since the grass grows taller during this time it is much harder for tourists to spot the animals but you can easily see the many bird species that live in the Park and not forgetting those species that fly into the country during this time.

Some of the activities that you can carry out when you visit the Mudumu National park include the following: 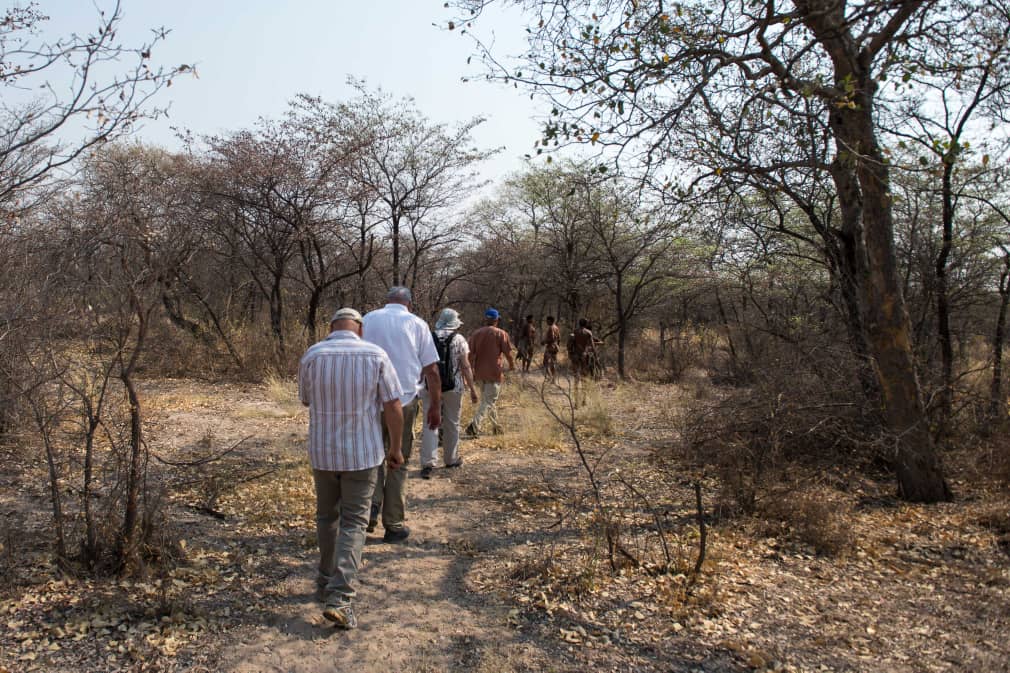 Nature walks within Mudumu Park are always done with the guidance of a tour guide who takes you through the walk ways that are marked within the Park. This is mostly done during the morning hours before the sun comes out and during your walk you will be able to see some animal species that are missed out during the game drive and it is also a perfect way for one to enjoy the nature and landscape that is found within the National Park. The Nature walks are organized by the different camps that are found in the Park and before you head out it is better to first find out about the camps that provide nature walks before heading out to the park and do not forget to pack appropriate clothing and good hiking shoes as you head out for your morning walk.

Game drives through the Mudumu National park are some of the best ways that you can go through the Park watching some good wild life species and this is mostly done during the dry season. The dry season is good for a game drive because even though the roads that are found within the Park are not so good, Some of the animal species that can be seen during a game drive through the Mudumu National park include hyenas, elands, lions, the African buffalo, the red Lechwe, the cape buffalo, the Burchell’s Zebra, crocodiles, situngas, hippos, the African leopards, spotted necked otters, Impalas, the sable antelopes, meerkats, giraffes, cheetahs, elephants and many more other species.

Birding in the Mudumu National Park

The Mudumu National Park has about 400 bird species that habitate within it and these are mostly seen during the wet season and some of the bird species that you can see here include the African fish eagle, the western banded snake eagle, the African skimmer, the African Jacana, the collared palm thrush, the Bradfield hornbill, the rufous bellied heron, the slaty egret, the grey backed Cisticola, swamp boubou, the brown fire finch, the African pygmy goose, coppery tailed coucal, the wattled crane and many more other species. As you head out for birding in the Mudumu national park you should know the roads are not the best and these worsen during the rainy season and that is why it is advisable that you get a 4×4 car so that you can easily maneuver those bad slippery roads.

Photography is one of the best ways in which one can explore the Mudumu National Park as you get to see all the wild life and vegetation in the Park and keep all the memories in your camera. The animals, birds, trees and other attractions that are found within the Park will be worth your visit and if you ask your tour guide, you will get to know that a photo safari in the Mudumu National Park is best done in the morning when the lighting is still perfect. You will get perfect photos of the different animals that habitate within the park, the birds, vegetation and all the locals who live around the park.

Self-drive through the Mudumu National Park 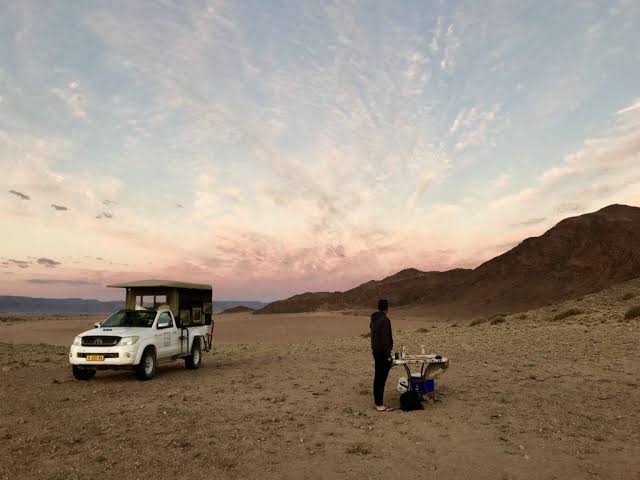 The Mudumu National Park is known for not having official gates that keep it enclosed which means that the animals move around freely making it easy for the tourists to easily spot the animals although you will need to buy a map showing you which routes to use and which ones to avoid so that you do not get close to the animals that are considered dangerous. The beauty about self-drives through the Mudumu is that you get to set your own pace when it comes to game viewing and birding instead of when you are with a tour guide who sets your pace but note that these self-rives are rarely done in Mudumu National park.

Camping within the Mudumu Park 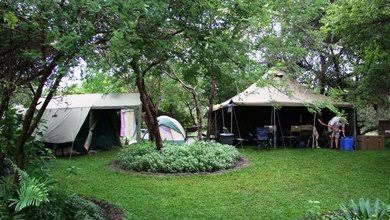 After a long day while driving through the Mudumu Park, you can get a chance to go out and camp but only if you have an experienced tour guide with you because there are specific places where camping is done within the Park. There are already set up camps for tourists although you can still set up your own tent in the wild and get to enjoy the stars and the wild animals that prowl the Park during the night and if it is your first time to camp here it is best if you follow all the guidelines that the tour guide gives you before you head out for camping and you should also note that camping in the Mudumu National park is done during the dry season which happens from the month of June to October as the ground will be dry enough for you to set up your camp.

Fishing in the Kwando River

The Kwando River flows right past the Mudumu National Park and many tourists are allowed to fish in the River as they enjoy boat rides along it. There are several boats that are for hire and others can also get to relax at the River banks as they enjoy the cool breeze and bird species that habitate along the Kwando River.

As you visit the Mudumu National Park, you can take a walk to the villages surrounding it and get to know more about their culture and their traditions. This walk is always done with the help of a tour guide as these will help you when it comes to purchasing of souvenirs from the locals with their bargaining skills because tourists are overcharged and they will also help you with translations as many of the locals neither speak nor understand the English language.

The Mudumu national Park is faced with a problem of the ever increasing population of people who live around the park as these are trying to encroach on the land in order to expand for farming and settlement but the government of Namibia is trying hard to make sure that they do not encroach on the land.

Much as the Mudumu National park is easy to get to, the terrain is a bit hard be it dry or rainy season and all tourists are advised to use 4×4 wheel cars to easily get them through the National park without getting stuck. There are also several places where you can spend the night while in Mudumu and these include lodges and camping sites which can easily be arranged by the tour operator depending on your taste and budget. There are hardly any accommodation facilities within the Mudumu National park but you can get these around the Caprivi and it is advisable that when it comes to the peak season you should book early so that you get some of the best accommodation facilities around.

The Mudumu National Park is also found in the Caprivi Stripregion of Namibia near the border with Botswana.  The park covers an area of 1 010sq km of dominantly mopane woodlands and savannah grasslands. The Kwando River borders the park to the west.

430 species of bird have been recorded in the Mudumu National Park which is nearly 70% of  the total population of birds on any Namibia safari tour. Regular sights include buffalo, elephant, zebra, crocodile, lion, hippopotamus, rare sitatunga and red lechwe among others

Some of the options for Namibia safari accommodation in Mudumu National Park include Mazambala island lodge, Namushasha lodge and camp Kwando among others. these and other lodges offer overnight options like bungalows, rustic thatched chalets, camping and adventure activities like 4WD activities, game drives, safari walks, fishing, boating and excellent dining.