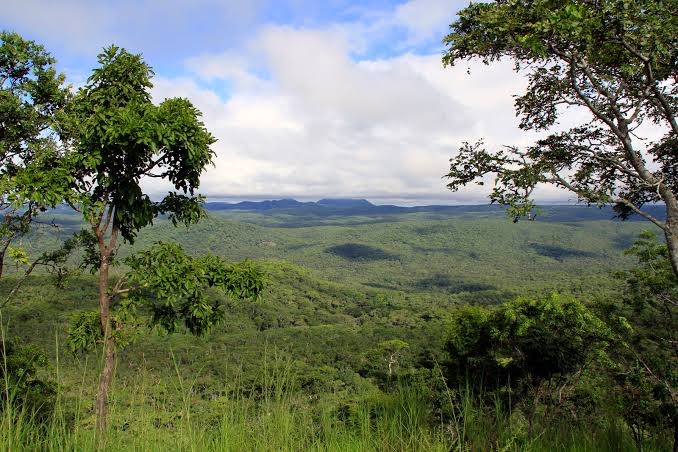 Mwabvi Wildlife Reserve is situated at the extreme southern end of Malawi. This 135 sq km away is smallest reserve in Malawian, and as well the least reachable. Nonetheless it prides in a range of territories unmatched to the larger reserves, yet, because of its isolation, a wilderness environment that is scented of the ancient Africa of Stanley as well as Livingstone.

It is stunning all through the year and can be toured only using a 4WD, or by foot, game walks and game drives can all be arranged by the Park staff or even through the local Mwabvi Wildlife and Community Trust found immediately on the exterior of the park.
Game sightings have been rising in recent times since the establishment of Project African Wilderness (PAW). This is an organisation formed to protect and restore the Mwabvi Wildlife Reserve. Through its long term agreement with the Government of Malawi, its objective is to jointly work with MWCT plus the local people to safeguard and progress the reserve, improve the community livelihoods as well as develop ecotourism.
What was previously known as a ‘vacant’ reserve lacking game is today a unique place to tour. New game trails have been opened in the area and views of splendid sable plus kudu, buffaloes, impalas, and additional antelopes are harmonized by the extensive diversity of birdlife commonly sighted.

The PAW trust based in the UK supports MWCT and together they fundraise for as well as convey projects in the areas below:
• Protection plus re-establishment of the wildlife reserve
• Eco-tourism campsites as well as lodge
• Wildlife education for the resident local schools
• Bush training as well as wildlife courses
• Conservation plus community development- volunteer program
• Employment in addition to training for the resident local people
. a diversity of projects to advance local livelihoods.
A number of forms of accommodation are offered, and it is currently probable to reside at the Reserve. Chipembere Camp presents dormitory accommodation in addition to camping immediately on the outskirts of the Reserve. The Migudu Campsite presents visitors the chance to camp within the Reserve. Established in 2010, the Njati Lodge presents double or even twin room with en suite chalets within a little lodge environment near to the Mwabvi River Gorge.

Mwabvi is the smallest Game reserve in Malawi estimated to cover nearly 135sq km in southern Malawi near the border with Mozambique.

It is isolated with the rugged hills of southern Malawi covered in mopane and acacia woodland. There are no clear roads for tourists and this makes it the least visited reserve in Malawi. Actually the reserve is one of the most unspoilt wilderness zones in Malawi.

Some of the animals in Mwabvi include kudu, Baboon, monkey, lions, eland, impala, buffalo and birds among many others. Game drives are good on 4X4 and safari game walks make more sightings.

There is accommodation in Mwabvi Game reserve available at Chipembere camp, Migudu and Njati lodge.  Mwabvi camp overlooks the water Stream of Mwabi River and is found near the park gate. Some camp have dormitory accommodation alongside self catering camping