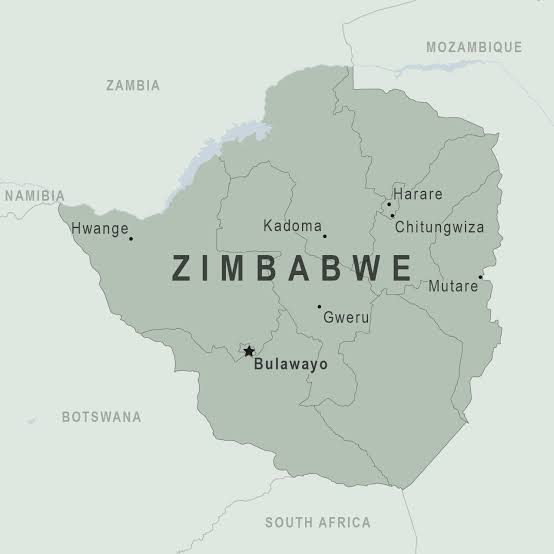 Zimbabwe has many different cultures , which may include beliefs and ceremonies , one of them being Shona. Zimbabwe’s largest ethnic group is Shona. The Shona people have created many sculptures and carvings which are made with the finest materials available. 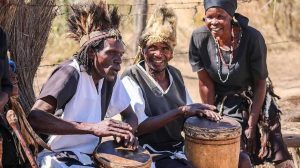 Traditional arts in Zimbabwe include pottery ,
basketry , textiles , jewelry and carving . Among the distinctive qualities are symmetrically patterned woven baskets and stools carved out of a single piece of wood. Shona sculpture in essence has been a fusion of African folklore with European influences. Also, a recurring theme in Zimbabwean art is the metamorphosis of man into beast.
Though the country’s art is admired by those that know of its existence, several Zimbabwean artists have managed to gain a world audience. To name some world-famous Zimbabwean sculptors, we have Nicholas, Nesbert and Anderson Mukomberanwa, Tapfuma Gutsa ,
Henry Munyaradzi , and Locardia Ndandarika. Internationally, Zimbabwean sculptors have managed to influence a new generation of artists, particularly African Americans , through lengthy apprenticeships with master sculptors in Zimbabwe. 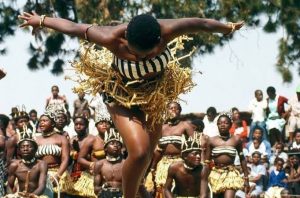 Zimbabwe has 16 official languages which are Chewa ,Chibarwe , English , Kalanga , “Koisan” (presumably Tsoa ), Nambya , Ndau ,Ndebele, Shangani , Shona, “sign language” ( Zimbabwean sign languages ), Sotho ,Tonga, Tswana , Venda , and Xhosa . Much of the population speaks Bantu languages , such as Shona (chishona) (76%) and Ndebele (18%). Shona has a rich oral tradition, which was incorporated into the first Shona novel, Feso by
Solomon Mutswairo , published in 1957. English is spoken primarily in the cities, but less so in rural areas. Education in Zimbabwe is taught in English, Shona and Ndebele. Many rural primary schools teach in the native language until grade three; then, school is taught in English. 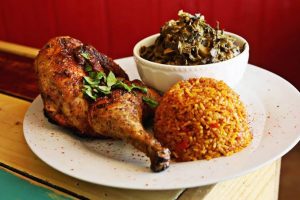 Like in many African countries, a majority of Zimbabweans depend on staple foods. “Mealie meal”, or cornmeal as it is known in other parts of the world, is used to prepare bota , a porridge made by mixing cornmeal with water, to make a thick paste. This is usually flavored with butter or peanut butter . Bota is usually eaten for breakfast. Cornmeal is also used to make sadza , which is usually eaten for dinner, and by many for lunch too. The process of making sadza is similar to bota, however after the paste has been cooking for several minutes, more cornmeal is added to thicken the paste until it is firm. This meal is usually served with vegetables ( spinach ,
chou moellier, or spring greens/ collard greens), beans , and meat (stewed, grilled, roasted, or sundried). Sadza is also commonly eaten with boerewors (a sausage made from beef or pork ),
chicken, or curdled milk ( sour milk), commonly known as “lacto” ( mukaka wakakora or “amasi”). Rice and chicken with coleslaw salad is often served as the main meal. Graduations, weddings, and any other family gatherings will usually be celebrated with the killing of a goat , sheep , or cow , which is barbecued for the gathered family. Cometosouthernafrica.

The polity rise of Basutoland, the kingdom of Lesotho

The Southern Africa Cuisines From Botswana