The Zomba Plateau, also called the Zomba Massif, is a mountain of the Shire Highlands in southern Malawi. It occupies total area of about 130 square km. Its highest peak is 2,087 metres. The plateau is roughly pear-shaped. The southern portion is known as Zomba Mountain, and the northern portion as Malosa. The deeply incised Domasi Valley runs east and west between the two. The plateau largely made up of granitic syenite, an igneous rock that intruded into the older metamorphic rocks that make up the highlands during the late Jurassic and Cretaceous periods 150-65 million years ago. The Mulanje Massif to the southeast is of similar composition and origin. Precious and semi-precious stones such as quartz can be found. The Zomba and Malosa forest reserves were established in 1913. Most of the plateau is covered with plantations of Mexican pine trees (Pinus patula). Small patches of native montane forest and miombo woodland remain. The pines were planted for timber production for the Zomba Sawmill, which is located at the southern slopes of the mountain. Where indigenous trees are left, severe deforestation due to the high demand for firewood in the region is a problem. Fruits like strawberries, yellow-berries and blackberries are grown on the mountain for the local market.

There are roads right round the top which give access to viewpoints that offer vistas of such splendour that they were described in colonial times as “the best views in the British Empire”. The roads around the plateau are dirt roads used mostly by logging trucks and so require a 4×4 to navigate, but the road up to the top from Zomba Town is a good tar road accessible to all. Once on top of the plateau, there is plenty of hiking, trekking and walking through the forests, alongside the streams and to connect the viewpoints around the edge.

trekking and walking through the forests

Whether walking or driving, there is always something to see on the plateau as well as from it. Wildlife includes leopards, although sightings are very rare. More in evidence are giant butterflies and, on the lower slopes, baboons. Birdlife includes the long-crested eagle and the augur buzzard. Fly-fishing for trout is possible in season and there is a very good stables that offers horse riding even to novices. 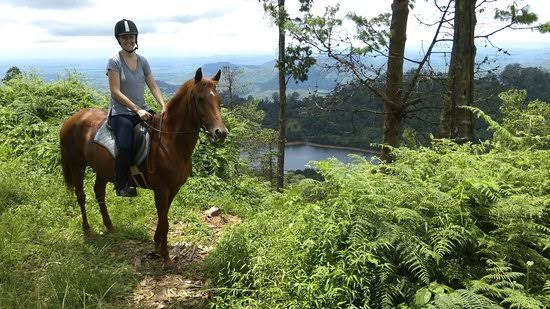 Accommodation on the plateau includes a luxury hotel, the famous Sunbird Ku Chawe, set at the very edge of the mountain; and a large camping site. Slightly lower down the plateau slopes, the cosy Zomba Forest Lodge offers an alternative ‘off the grid’ stay, complete with fantastic food. Off the plateau, in Zomba Town, alternatives include the charming Pakachere Backpackers Lodge, beautifully sited on the edge of the golf course, and a little out of town, on the road to Blantyre, the modern Hill Springs Lodge. Additionally, several companies and institutions, such as the CCAP Church, as well as private persons have cottages on the plateau. 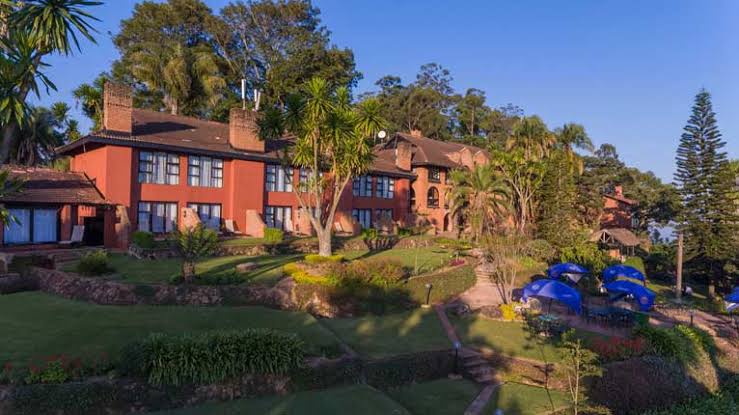 On clear days, Blantyre and the Mulanje Massif, which are both about 60 km away, can be seen. From the western edge of the plateau, Shire River and Liwonde National Park can be seen. In 2000, the Mulunguzi Dam was opened, which serves as a water reservoir for the City of Zomba.