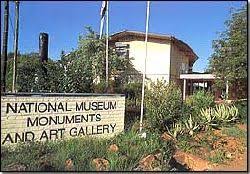 The Botswana National Museum, also known as the National Museum and Art Gallery, is located in Botswana capital of Gaborone and is a multi-disciplinary institution that consists of the National Art Gallery and Octagon Gallery, as well as—since November 2007—the National Botanical Garden. It displays traditional Botswana crafts and paintings and aims to celebrate work of local artists. There are also animal exhibits, conventional and unconventional music instruments, homestead displays and a display of the iconic railway station around which Gaborone was built. 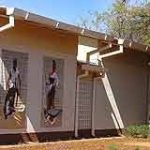 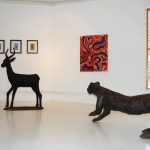 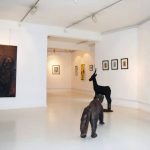 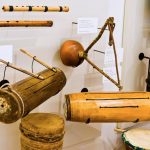 The museum came to be in 1967 via an Act of Parliament and it officially opened to the public in 1968. The main campus of the National Museum is in the center of Gaborone, close to the Main Mall and opposite the Catholic Cathedral, which is also a must-see. The museum galleries and archives have extensive natural and historical collections and showcase that will make you feel as if you lived there too.

Among almost 80 other national monuments around Botswana, the National Museum is responsible for the preservation of Tsodilo which was the country’s first World Heritage Site. It is also the caretaker for Tsholofelo Park, the burial site of the Negro of Banyoles also referred to as El Negro. The museum is in charge of a few mobile outreach programs which aim to bring the museum to the public, and a weekly radio show that tells stories of the oral traditions of the people of Botswana.

The National Museum and Art Gallery is filled with the history of Botswana, perfectly preserving moments in time for us to experience. The National Museum make sure that the culture and heritage of Botswana is showcased to visitors and locals alike, and is maintained for future generations to come.