Robben Island is an island situated in Table Bay, 6.9 kilometres (4.3 mi) west of the coast of Bloubergstrand, Cape Town, South Africa. It derives its name from the Dutch word for seals (robben), hence the Dutch/Afrikaans name is “Robbeneiland” which translates to Seal(s) Island. Robben Island is 3.3 km (2.1 mi) long north-south,1.9 km (1.2 mi) wide, with an area of 5.08 km2 (1.96 sq mi) and it is roughly oval in shape. It is flat and only a few metres above the sea level, as a consequence of an ancient erosion event. It was fortified and used as a prison from the late 17th century to 1996, after the end of apartheid. Many of its prisoners were political.

Nelson Mandela – revered freedom fighter and all-round idol for humanity, served behind bars on Robben Island with severe hardship, off the coast of Cape Town, for 27 years.
To truly understand what he and many of his contemporaries experienced requires a visit to Robben Island. Tours are regularly taken by former inmates, providing a first hand insight into the hardships faced by many. To understand a country today, you really need to understand its past, dark days and all. 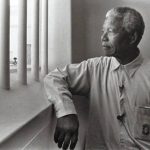 Today, Robben Island is a stark reminder of the apartheid system, and a symbol of the triumph of the human spirit over adversity, suffering and injustice.

The maximum-security prison is now a museum where daily tours are controlled by ex-political prisoners. Yearly, many tourists visit the island to understand South Africa’s past and see the tiny cell where Nelson Mandela lived. 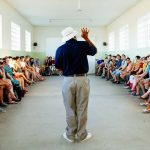 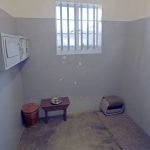 Robben Island is accessible to visitors through tours that depart from Cape Town’s waterfront. Tours depart three times a day and take about 3.5 hours, which consists of a ferry trip to and fro the island, and a tour of the many historical sites on the island that form part of the Robben Island Museum. These include the maximum security prison, the island graveyard, the disused lime quarry, Robert Sobukwe’s house, the Bluestone quarry, the army and navy bunkers.

You may have missed