South African cuisine reflects the diverse range of culinary traditions embodied by the various communities that inhabit the country. Among the indigenous peoples of South Africa, the Khoisan foraged over 300 species of edible food plants, such as the rooibos shrub legume, whose culinary value continues to exert a salient influence on South African cuisine. 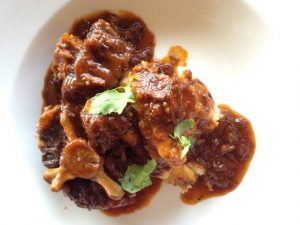 Subsequent encounters with Bantu pastoralists facilitated the emergence of cultivated crops and domestic cattle, which supplemented traditional Khoisan techniques of meat preservation. In addition, Bantu-speaking communities forged an extensive repertoire of culinary ingredients and dishes, many of which are still consumed today in traditional settlements and urban entrepôts alike. 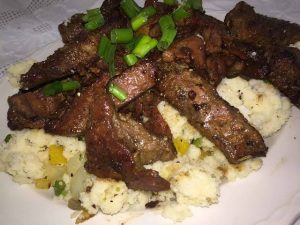 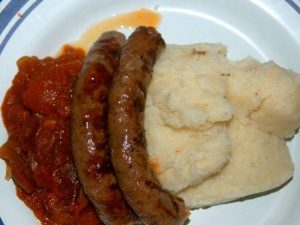 As the British colonial enterprise in South Africa proceeded into the eighteenth and nineteenth centuries, immigrants from Asia, many of whom arrived as indentured laborers in the nineteenth century, further enriched the culinary oeuvre of South Africa. In particular, Indian South Africans and, to some extent, Chinese South Africans – brought a wealth of spices, seasonings and dishes, historically associated with Kwa-Zulu Natal, although Indian cuisine is currently widely available across South Africa and savored by many ethnic groups. 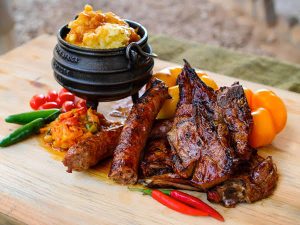 As oppression, violence and poverty festered in South Africa during apartheid, international sanctions further stifled the country’s culinary output. However, shebeens situated in urban townships served as loci of solidarity and resistance, especially for black South Africans who pursued their cultural and culinary traditions to preserve their heritage and cultivate community ties. Following the end of apartheid.
South African cuisine witnessed a renaissance, with diverse culinary options available in most of the country’s major cities catering to tourists, expatriates and locals alike. In addition, South African ingredients and dishes have attained greater visibility worldwide, owing to the growing economic and cultural clout of the country, coupled with the burgeoning South African diaspora. Cometosouthernafrica update.